It's time for a Living Wage

Do City Councillors have the courage to do the right thing?

Keep Our Asserts Canterbury (KOA) is pleased the Council has finally released one of the reports prepared by its staff on the Living Wage before a debate and vote at this Thursday’s council meeting.

It is deeply disappointing the Council refused to release this report (and other reports still hidden from the public) to enable Christchurch citizens to discuss the proposal. As things stand we have had three years of delays, secret meetings, withheld information and obfuscation from senior Council staff and some elected representatives. 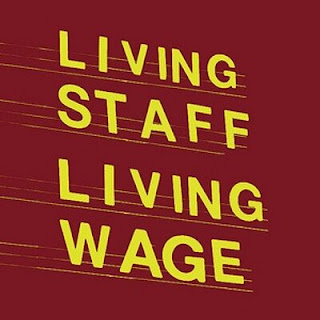 It seems clear that business lobby groups, Treasury, senior Council staff and the Mayor are strongly opposed to the introduction of the Living Wage for those employed to do Council work.

Democracy has always been an irritant to supporters of neo-liberalism who would prefer to stifle debate rather than face community expectations.

The picture which faces the Council this week is a simple one; while it seems clear the majority of Councillors and the wider public support introduction of the Living Wage, the tone of the senior staff report is deeply antagonistic to the Living Wage. It conjures up a long list of “risks” and potential “difficulties” while ignoring the reality of the direct experiences from overseas where councils have introduced the Living Wage without the sky falling in. The writers are so hostile to the concept that they didn’t even bother to consider the implications of including VBase staff or employees of Council contractors in the proposal.

The report canvasses the opinions of well-paid business leaders and Treasury officials but community opinion and the views of those who would benefit from the proposal are ignored. KOA for example was
never consulted despite raising this as an issue of serious concern in the 2016 mayoralty campaign when our candidate John Minto spoke on the issue to widespread acclaim from audiences across the city. During that campaign we argued that the policy could be paid for by managing down senior staff salaries at the Council, which have sky rocketed in recent decades.

It is especially disappointing to see well-paid senior staff decrying the cost of implementation of the Living Wage for directly employed staff (a relatively modest $775,000) and highlighting the fact that no budget provision has been made for this. This is a cynical comment when several years have passed since the issue was raised with the Council.

It also contrasts sharply with the very recent secret Council meeting to approve an unbudgeted $10 million grant towards the restoration of Christchurch Cathedral or the earlier decision to give $300,000 of ratepayer money to wealthy developer Antony Gough to make his $150 million development energy efficient.

In short, if there is a will on the part of Councillors to implement the Living Wage, then there is a way to include it in the budget immediately.

We urge Councillors to implement the Living Wage in full this week for directly employed staff and insist on an urgent report from staff, including a financial proposal, to implement it also for VBase staff and employees of Council contractors. This would represent a clean break by the Council from the strictures of neo-liberalism which has led to a much more deeply divided city over the past 30 years.

In taking this action we suggest Councillors look no further than the example of the National government which recently agreed to a billion-dollar settlement for low-paid care workers. This was not phased in as a half-baked policy but was simply announced and implemented in full. The Christchurch City Council should do the same with the Living Wage.

The Council’s role is not to be diverted by scaremongering by vested interests who are happy with growing inequality and an ever-smaller share of GDP going to workers.

The Christchurch City Council’s job is to ensure that everyone employed, directly or indirectly, to do council work is paid at a rate that enables them to participate as citizens with the dignity and respect that comes from being paid reasonable wages.

Yes some groups will complain about this policy but low-paid workers will celebrate and the Christchurch City Council will have done the right thing towards a fairer, less unequal city.
Posted by Admin