The grabbing and privatising for profit of water is 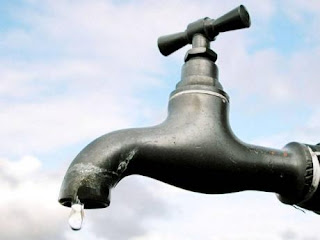 and has been a problem since before the last National government sacked the elected members of ECan, in 2010, in order to push through the privatisation of water.

Water is the taonga of all Canterbury people. Our rivers and aquifers are threatened first by dirty dairy irrigators and now by foreign water bottlers using plastic bottles

Keep Our Assets Canterbury (KOA) has been supporting the retention of Christchurch people’s assets in the people's ownership for many years now. It was the central issue of our Minto for Mayor campaign at the 2016 local body election.

Water is the asset under threat this local body election year.

Mayor Lianne Dalziel has said, very recently "It (water) may not be owned by anyone, but it belongs to us all".

Councillor Jamie Gough says his Independent Citizens' bloc is in favour of asset sales and wants that to be a major issue in this election campaign.

So in a strange way, by bringing water ownership and control to the fore Jamie Gough has done us all a favour. Water and its use and control is a subject close to the hearts of the people of Christchurch/Otautahi and Canterbury in general.

It’s good to see the People’s Choice group being very clear on where they stand. A clear policy of not privatising water gives the people of Christchurch a strong reason to vote.

KOA says that we need just as clear a statement from candidates for Mayor and the City Council, that water is too precious an asset to be privatised for the profit of a few. It will be a major election issue.