Cecil Courts has 20 units which have been progressively closed in recent years because the council refuses to refurbish or upgrade them despite the desperate housing shortage in Christchurch for people and families on low incomes. (Note: Earthquake damage is not the issue here because some of the units were occupied until a couple of years ago)

Another complex of 32 units, which is now also closed, is in Carey Street, Somerfield. 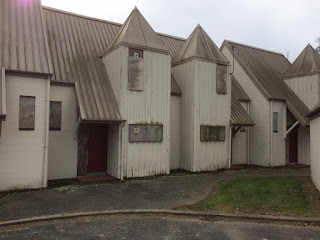 maintain council rental housing. This has led to run down council owned units across the city and when they need refurbishment they are simply closed and the number of council housing units available to families in need decreases year by year.

This is a social disgrace under the watch of a council fixated with pouring hundreds of millions of ratepayer money into a multi-purpose rugby stadium.

The council is now well over 400 units (and growing) short of what the city had before the earthquakes.

This shameful situation will be addressed by the MintoforMayor.nz campaign at the policy launch on Sunday including how the refurbishment/upgrades will be completed without cost to ratepayers.