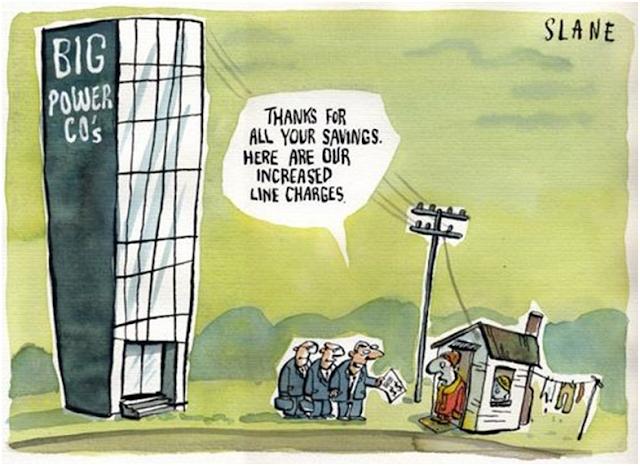 So, what would happen if nearly half of the electricity companies were sold to private, often overseas, buyers? They would demand higher profits. The boards of companies would be legally required to act in their interests - it doesn't matter if 51% remains in government ownership, the private shareholders rights to a higher profit would have to be respected. To make higher profits, they would charge higher electricity prices.

New Zealand has some of the most affordable electricity in the world because the publicly-owned companies hold the price down. If they were privatised, that anchor would disappear and prices would skyrocket.