The sky is falling. What to do? Sell

Debt Hysteria Is No Reason to Sell OUR Assets 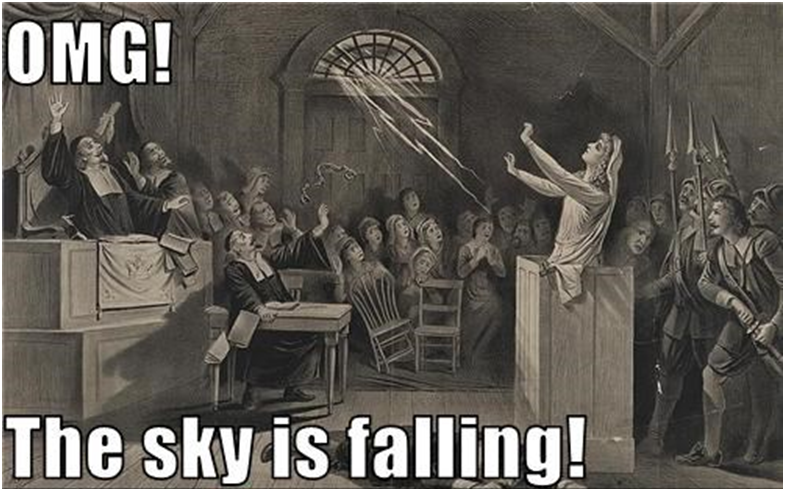 When the Cameron Partners’ report on Christchurch City Council funding problems was released on August 1, the immediate talk was of an imminent $800,000,000 shortfall. The number immediately morphed to 900,000,000, and by the end of October came the first media reference to one billion dollars.

The sky is falling. What to do? Sell.

But sell what? The obvious candidates are Orion, the port and the airport, all presently operating with a commercial mandate, and all generators of sizable profits. The council has bought the few port shares it did not already own. Hopefully, this indicates that it wants to control vital infrastructure so that it can plan for a coherent future city. Post-quake there is no better time for this display of pragmatism.

A more likely reason is that the council wants to bundle all the assets administered by Christchurch City Holdings and sell part of it to one or more corporates. This would be tantamount to a constitutional coup, with the city in thrall to private interests. Governments exist to provide services for people.

One billion dollars is a big number all right, but it appears to be fictitious. Cameron Partners themselves conclude their analysis by remarking that the figure of ‘up to $800 million… is a highly unlikely (and unrealistic) scenario which combines the worst possible outcomes.’

Why would they? A clue can be found in the reminiscences of Sir Roger Douglas, the finance minister who, thirty years ago, set the pace for present obsessions. Discussing in 1993 the first rush of state asset sales, Douglas said: ‘I am not sure we were right to use the argument that we should privatize to quit debt. We knew it was a poor argument but we probably felt it was the easiest to use politically.’

Douglas was admitting that there was no financial case for the fire sales, his motives being based on the simple prejudice that publicly owned businesses are necessarily inefficient. Popular though this view might be, it does not stand up to objective scrutiny.

If anything, the present difficulties strengthen the case for retaining assets in public ownership. The funding fuss is largely the result of buildings having been under insured. Selling public assets is analogous to a homeowner being under insured and selling her one big revenue provider, her business, to cover the shortfall. But whether it’s a harried ratepayer or a panicking council, the result would be the same. Immediate costs might be met, but the ability to generate future income would be reduced.

Selling assets would permanently shrink the city’s resources and permanently compromise our ability to control its present or plan for its future. How much this would come to be regretted by future generations is something that none of us now know. So why risk it?

Cameron Partners are investment bankers, a species that assumes that shrinking the public estate is self-evidently a good idea. They have a history of advising privatization. So inevitably the report calls for the Council to stick to its ‘core’ roles – code for selling its housing stock – and of course there are repeated references to asset sales, including – alarmingly - water. But the rationale for this is not actually about any lack of money. The sales are advised because at present some council companies retain traces of their previous roles of providing a public service. In insisting that it wants any vestige of respect for the former social, environmental and cultural outcomes to go, Cameron Partners was enlisting itself as an outrider for John Key’s dismantling of the Local Government Act. Council companies should have, they say, only a financial mandate.

If money were the problem, the council would not have bought those LPC shares. Nor would the central government be insisting that ratepayers build unpopular big ticket white elephants like a stadium and a convention centre. If they really wanted to help to lighten the load, they would make easy legislative adjustments, most obviously a new negotiation of the council’s present artificially restrictive debt ceiling.

The converse motive is the more likely: the central government is extending its default position of loading responsibilities and costs onto municipalities.

When politicians ask for reports they always make sure they commission someone who will give them the answers they want, so residents need to be convinced that the alarmist talk in the Cameron Report is not politically motivated. Why, after all the gloom, is the report is able to conclude that ‘the earthquakes and the subsequent plan to rebuild Christchurch have generated a dynamic and opportunity-rich, but also higher risk environment for CCC to navigate.’

Are the rich opportunities to be offered to the citizens of Christchurch or to business?

To recover from the quakes, we needed central government involvement. We don’t need them and their consultants to lock in policies whose basis is ideological, not restorative. Whether it’s the design of Victoria Square, the building of a stadium or a convention centre, or decisions about retention of our assets, the ratepayers of Christchurch should call the shots.  The shape of our city and the state of our democracy is our business.

This article, written by KOA Activist and former Community Board member Jeremy Agar, was published in the  Christchurch Press