Is Our Greatest Public Asset


It Needs To Be Restored NOW!

They pointed out that it was appropriate that the hearings were in the Christchurch City Council (CCC) Building, as KOA finds itself in rare agreement with the CCC, whose submission on the same Bill described it (and the Government pushing it) as “extraordinarily arrogant”. Well said the mouse that roared!

But KOA also pointed out that the venue was appropriate for another reason, namely that the former Mayor, Sir Bob Parker and his Council, played a leading role in the 2010 Government coup that has deprived the people of Canterbury of regional government level democracy ever since. The CCC found out the hard way, and very soon, that it needed to be careful what it wished for, because – only a year later – it found itself in the same position, courtesy of the disaster capitalism shock doctrine imposed on it by the very same Government under the guise of quake recovery.

The Bill is about a public asset, namely water, a vital necessity of life. What happened to ECan was a crude move to remove any democratic input, let alone control, from the people of Canterbury and preventing us in having any say about what happens to, and who benefits from, the public asset that is our water. Who does benefit? Farmers and agribusiness. It’s a textbook example of State-aided and abetted privatisation – the profits have been privatised and the costs, primarily environmental degradation by the dairying agribusiness monoculture, have been socialised. 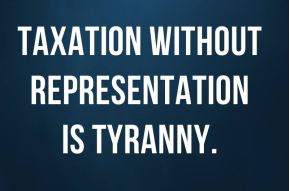 Fundamentally the Bill is about democracy, or the lack thereof. Democracy is the key public asset with which KOA is most concerned. Everything flows from that. Canterbury has been deprived of democratic regional government since 2010 and we have been continually lied to, regarding when a fully elected regional council will be restored. First it was going to be 2013, then 2016, now it’s going to be a partial restoration in 2019. This year, next year, maybe, never? The Bill continues the lie. No other regional council in NZ has had this mixed member model forced upon it. This sets a dangerous precedent for the rest of the country (just like so much else that has been done to Canterbury and Christchurch since 2010). And it’s not even mixed member proportional but mixed member first past the post, with a rural gerrymander to boot.

The ECan coup was the issue in Christchurch in 2010 and would have remained so if Mother Earth had not upstaged it in such catastrophic fashion just a few months later. Amid all the devastation in Cathedral Square, the dead heart of the city, the democracy cairn of stones still stands, erected by Canterbury people in protest in 2010. It is a vivid and literally indestructible symbol of the strong desire of Canterbury people for democracy.

The Bill removes ECan from the jurisdiction of the Environment Court and the Resource Management Act. This is clearly acting in the interests of agribusiness and the water privatisers.

It is nonsense to compare the proposed model of ECan governance with that used for DHBs. The latter are funded by central Government, not through local government rates. And since that comparison has been raised, KOA asks – why aren’t DHBs fully elected, like the old Hospital Boards used to be?

New Zealand’s government routinely spouts platitudes of support for the brave people fighting for democracy in places like the Arab countries and China but blithely removes it from the people of Canterbury, one of the country’s biggest regions, at the stroke of a pen. Why? Because democracy is inconvenient, democracy is literally bad for business – agribusiness that is, the private business interests of the water privatisers.

No taxation without representation.

KOA demands that the Government scraps this Bill and restores ECan to a fully elected body by no later than the 2016 local body elections, preferably sooner. Give back the regional democracy to the people of Canterbury that is ours by right, not at the whim of central Government and its sticky fingered mates.