The Government has announced that Christchurch is to have both of the much delayed Metro Sports Facility and the covered rugby/events stadium.

Keep Our Assets Canterbury (KOA) welcomes the Metro Sports Facility, although we note that it is being downgraded.

This facility will actually be of use to a number of different sporting codes and to the wider Canterbury public. 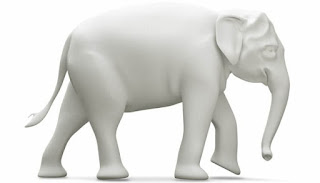 But we repeat our longstanding opposition to the proposed stadium, which is the whitest and most elephantine of white elephants, to which the previous Government saddled the previous City Council under the name of "anchor projects".

To add insult to injury, the City Council is committed to paying $253 million of ratepayers' money towards it.

The justification for this is that it will guarantee Christchurch getting into the big boys' club of rugby venues.

A myth is being spread that, because we didn't have a suitable stadium, Christchurch missed out on getting an All Blacks' test during the 2017 Lions tour.

A fact check is necessary.

When the NZ Rugby Union announced the itinerary for that tour (out of which it made a hefty profit), it announced that - for the first time in more than a century - the Lions wouldn't play the All Blacks anywhere in the South Island.

The Rugby Union ruled out Christchurch not only because it didn't have a suitable stadium - but the Rugby Union considered the city itself not up to scratch in terms of facilities to handle the number of touring fans, etc.

OK, so did the Lions play the All Blacks in Dunedin, which boasts the country's newest stadium, and only covered one?

Because the Rugby Union deemed that the covered stadium in Dunedin to be neither here not there, it decided that the city of Dunedin per se was not up to handling an event of such magnitude.

The Lions played their three tests against the All Blacks in Auckland and Wellington.

The England rugby teams plays all its home games at Twickenham. How long before the NZ Rugby Union decides that every All Blacks' home test will be played at Eden Park.

The message from the Rugby Union is very clear - "sorry, South Island. it doesn't matter how many covered stadiums you build, you suffer from a terminal case of 'not Auckland syndrome'".

Or, use it to pay for the rapidly escalating cost of fixing Christchurch's water network.

I speak as a rugby fan who regularly attends games at the perfectly adequate Addington stadium.

In fact, I was there on the wettest and stormiest night of winter 2017, on a day where the City Council declared a state of emergency due to flooding.

So I have plenty of first-hand experience of that stadium, including in lousy weather.

Indeed commentators remarked about that game (Crusaders versus Highlanders) that the visiting team was at a disadvantage because it had forgotten how to play games that aren't under the shelter of a roof.

But then again, on Saturday night I watched on TV a game played at Eden Park, the country's premier rugby stadium.

It was played in torrential rain.
But there was absolutely zero clamour for Auckland ratepayers to fork out for a roof over that.

The NZ Rugby Union has got plenty of money, bolstered by its healthy profit from the 2017 Lions' tour.

But it hasn't offered to contribute one cent to a stadium from which it stands to be the major beneficiary.

Time for the Rugby Union to put up or shut up.

As far as this particular anchor project is concerned, the City Council should do what you always do with an anchor.