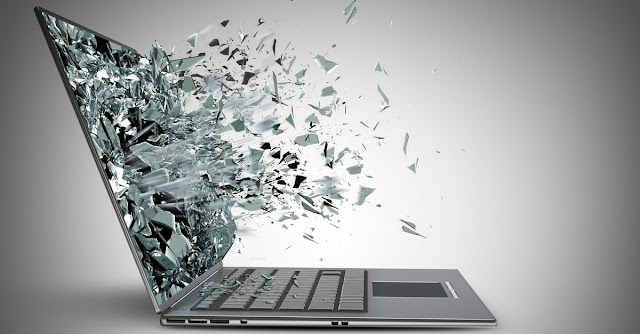 1] Mayor Should Resign For Council's Failure To Pay Living Wage

3] From Mayor Dalzie To KOA Re: Fixing Bus System In Christchurch

Mayor Should Resign For Council's Failure To Pay Living Wage

Keep Our Assets Canterbury (KOA) was disgusted to read within the last week that Council-controlled companies have still not fully implemented the Living Wage for all Council work but that these same companies have found the money to award lavish post-covid bonus payments to their highest-paid employees.

It was not surprising this policy was opposed by Christchurch City Holdings Ltd and the Council-controlled companies involved so many years later; where was the leadership and Council backbone to drive this policy through?

In the meantime the Mayor and Councillors themselves have received generous increases in pay despite having failed the most basic test of leadership.

We are sick of hearing lame, pathetic, embarrassing excuses – it seems obvious now that this policy has never been important to the Mayor or most of the Councillors.

The people of Christchurch have a right to expect better. For this abject failure of leadership the Mayor should resign and the Council insist the workers denied Council support should be back paid to the Council decision to support the Living Wage. If Council-controlled organisations can pay big bonuses to self-serving senior staff their leadership can pay a small back pay bonus to the workers they have failed for more than three years.

Keep Our Assets Canterbury (KOA) states that Christchurch City Council's declaration of a Climate Emergency (2019) is now a broken promise to the citizens of Christchurch and all New Zealand.

Councillors appointed to sit on the Board of Directors of Christchurch International Airport Limited (CIAL) either forgot or ignored this declaration.

Effectively they have agreed to the emissions of a huge amount of greenhouse gasses, which is completely contrary to the Council's envionmental commitment.

Apparently those Councilors failed to inform non-CIAL Board Councillors of plans for a CIAL-owned airport at Tarras.

CCC owns 75% of CIAL. Were you informed in advance of this major move by CIAL? Was its' 25% owner (the Government)? This is a recklessly cavalier move using tens of millions of ratepayers and taxpayers dollars.

The body of Councillors have clearly failed to effectively and publicly express their disapproval to Christchurch City Holdings Ltd that it is condoning rogue behaviour by a CCC-owned asset.

For example: CIAL lied to Tarras landowners (through its sales agents) about the reasons for the purchase of land. This behaviour is unethical.

All Christchurch citizens are unjustly implicated.

CCC owes a public apology to the deceived Tarras landowners and community!

They (and visitors to the region) had no reason to believe that their area would be arbitrarily damaged and changed. Its landscape values would be compromised.

Christchurch should not be muscling into Central Otago. What would your reaction be if Dunedin or Queenstown airport companies announced that they would be buiding an airport on the Canterbury Plains? This is another egregious example of Council-owned trading assets competing against, and undermining, each other. It is part of an idology which does not serve the common interest.

To spend $45 million (or any amount) ignores the cash-strapped plight of our Council.  Councillors must reclaim any funds dedicated by CIAL to Tarras Airport!

Charitable Trusts and improved wages and conditions for staff would benefit from any surpluses not dedicated to Christchurch Airport.

The Council has many more important and urgent financial priorities than passively conniving in CIAL's empire-building Tarras airport project.

It is not a good look when a Council-owned asset is spending $45 million on covert Otago land purchases when its majority owner (CCC) is putting up rates and looking at cutting costs left, right and centre. That money should have been spent where it belongs - in Christchurch and Canterbury. If CIAL has got tens of millions of spare money, give it back to the people of Christchurch via CCC.

Councillors must examine carefully any plan by any of its assets (strategic or not) to spend money which is unrelated to the statutory purpose of our assets, and forbid and cancel the plans and  subsequent arrangements.

Tourism is so fractured because of Covid 19, that any planning for a new airport is, in the foreseeable future, a waste of ratepayer money.

Looking forward to much greater diligence by Councillors.

We have been shocked to see the Christchurch City Council has sent Destiny Church pastor Derek Tait an invoice for $24,000 to pay for traffic management costs on several recent marches in the city.

We are not supporters of Destiny Church or the Freedom and Rights Coalition and have no connection with them. However the proposal to charge them for traffic management on their recent marches is an insult to everyone in Christchurch who believes in free speech and the right to public protest.

No organisation we are aware of has ever been sent invoices for traffic management as a part of protest marches. Our collective memories go back to the 1960s.

If the Christchurch City Council has its way then the only groups able to organise public protest marches will be those who can afford tens of thousands in traffic management fees. This is unacceptable. It’s a breach of the Bill of Rights and an attack on our democracy, which is our most fundamental public asset.

Please ensure the invoice is withdrawn.

From Mayor Dalzie To KOA Re: Fixing Bus System In Christchurch

On more than one occasion during your Mayoralty you have publicly expressed frustration at responsibility for Christchurch's bus system having to be split between CCC and ECan.

KOA shares your frustration at this inefficient way of running a key public asset.  Moreso, the realisation that it would require an Act of Parliament to change things.

We recently wrote to the Minister of Transport and this was one the matters we raised with him.

"You also asked whether this Government is prepared to change local body legislation to allow councils to bring public transport services in-house while also bringing together the public transport service provider and infrastructure provider into one body. You may be pleased to know that last year the Ministry of Transport and the Department of Internal Affairs prepared a Supplementary Order Paper to the Local Government Act 2002 Amendment Bill (No 2) 2016 (the Bill). The Bill progressed through the House and was enacted in October 2019".

"This allows regional councils to transfer one or more of their responsibilities, including public transport functions, to local authorities, if both agree (my emphasis). I believe this change will allow regional and territorial authorities to find optimal governance arrangements to suit local needs and provide responsive, flexible public transport services".

It would appear that central Government has now done what was needed, albeit belatedly. The relevant legislation has been in place for nearly a year.

That being the case, please advise what progress has been made in bringing Christchurch bus services back under the control of the Christchurch City Council.

Thank you for your email of 11 September regarding the flexibility for Ecan to transfer public transport responsibilities that was reinstated by way of amendment to the Local Government Act 2002 last year.

This was previously a barrier to going any further than a Joint Committee to provide recommendations to Ecan on the Regional PT plan.  I have never regarded this as the goal.  However, simply transferring ownership amounts to simply transferring what is in fact a broken system that requires whoever operates it to arrange for the competitive tendering of routes and locking in 9 year contracts at a time of exponential technology change. It would also mean implementing the flawed operation model (PTOM), which includes the farebox return policy, and disabling the capacity for innovative transformative change.  That will achieve nothing other than transfer the cost to the ratepayers of Christchurch without any capacity to pursue a bigger vision of integrated transport and urban development for Greater Christchurch.

The Greater Christchurch Partnership is working on this with a view to raising this with the Government after the election.

I think we have the opportunity to have a much better model for public transport for the people of Greater Christchurch.

Anything to report on this?

"The Greater Christchurch Partnership is working on this with a view to raising this with the Government after the election".

In response to your email to the Mayor, we’ve discussed it with her and in reply would like to highlight the Greater Christchurch Partnership’s briefing to the incoming government, which is available online and outlines the work that is underway in this area.

The document has a section on transport, and notes:

“The Canterbury Regional Public Transport Plan sets out an integrated approach to public transport in Greater Christchurch that supports and enables our population and urban growth strategies. To give effect to this, partners are developing the Future Public Transport Business Case. This will deliver a coordinated programme of investments and improvements across both public transport infrastructure and services. The first stage of this business case has been submitted to Waka Kotahi for consideration.”

I hope you find this information useful.