and the questions need Council to answers.

To the Mayor and Councillors

As you will know from our submission on the long-term plan, Keep Our Assets (KOA) is strongly opposed to the suggested charges for “excess” water use. We see this proposal as a stepping stone to full volumetric charging for water which has a profound negative impact on those on the lowest incomes as shown in this recent story from Radio New Zealand

We attempted to find out from the Christchurch City Council the impact of the proposed water charges on tenants and families on low incomes, as well as the social and economic impact of Christchurch losing its “Garden City” label. We mentioned this in our oral submission and expressed disappointment we were unable to share any information on this with Councillors at that time. 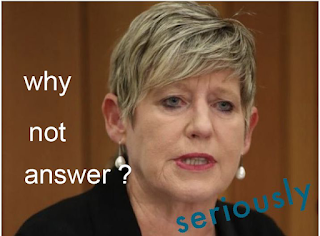 Our Official Information Act request with seven questions was sent on 6 April. We received a response on 6 May which apologised that our request was “not acknowledged and now overdue”. We finally received a response on 18 May – well after the statutory timeframe – which included a partial answer to the first two questions and advised that the information requested in Questions three to seven could not be provided as it would require extensive work from Council staff. We were therefore invited to limit the scope of our request to enable it to be processed.

We have not sent in an amended request because any answers would come too late to be considered by Council before a decision is required to be made.

This is deeply disappointing. It appears to us that Council has not improved its access to information even after being heavily criticised for this in the last few years. It appears to regard OIA requests as a nuisance rather than a citizen’s right in a democracy.

We therefore urge Councillors to vote against the proposed excess water charges.

The questions KOA sent to the Council on 6 April for answers.

~> Details showing the percentage of such properties in each ward in terms of the  total number of “overusing” properties.

~> Details of the impact of the proposed additional charge on the size of families in affected properties which would attract the additional water charges.

~> Details of the impact of the proposed additional Council water charges on properties where tenants and families on low incomes reside.

~> Details of the impact of the proposed additional Council water charges on properties where residents are growing vegetables to feed families and the wards these properties are located in.

Details of any assessment done on the economic impact to the city of loss of tourism (both local and international) if Christchurch loses its reputation as the “garden city”.