KOA letter to Mayor and Councillors

The stated policy of OCHT that it is simply a landlord which rents out low cost housing to homeless and impoverished beneficiaries is wrong in today's world!   ("'Society has changed, and we are a landlord. We are not a social service', Kearney says" - Press, 1/5/21, ).

The Trust is an asset of this city which seriously fails to meet the ordinary social needs of its tenants, https://images.app.goo.gl/8B13WBCCJJjpG4Pw5 thus exacerbating the difficulties of their personal situations.

Every week the media reports insensitive treatment by the Trust to its tenants. A recent glaring example is the wanton destruction of a garden carefully cultivated by a tenant. There have been two murders  (so far this year)  in Trust rentals.. 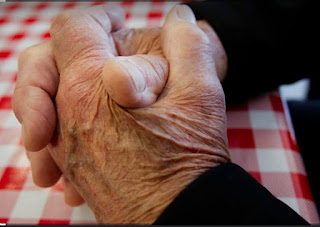 Poverty should not mean that tenants are not entitled to feel and be safe.

The herding of people into huge complexes, eg the one on Brougham Street is barbaric!   Such places become hothouses of antisocial behaviour. Many tenants have, and suffer from complex personal needs. Such accomodation heightens their feeling of isolation as well as the dysfunctional behaviour of some of their near neighbours causes them to live in fear.

The Trust must look at other models of social housing which operate in Christchurch and provide  a wraparound service to its tenants.  The Press (22/5/21) described two local non-profit social housing  providers -Vision West and Housing First Christchurch - which provide this.  They offer practical and social help to their tenants as well as long term tenancy.

Key workers from these organisations handle small case loads of 10 to 15 clients They offer tenants trained and sustained support rather than handing them over to Government social agencies. Such one-on-one relationships are led by their tenant's choice.

Those Councillors who are Board members of OCHT must, (strongly encouraged by the other Councillors), demand that the wraparound model of service to tenants commence immediately!

The Trust's out-of-date, uncaring and inappropriate management and rent collecting policy only, must cease!