Several candidates were because of prior commitments unable to attend and tendered their apologies.

The winning candidates who have signed the pledge are 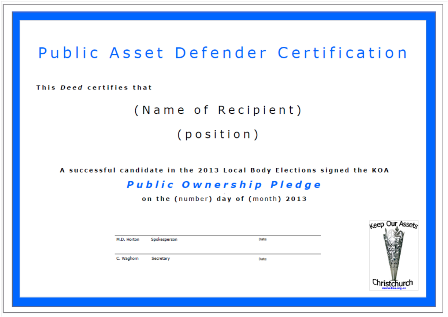 "I have been away and have just received my certificate as someone who is opposed to asset sales.  What a brilliant thing.  I have it on my wall and feel privileged to have had my position on asset sales recorded somewhere sometime. thank you."
Karolin Potter (by email)